The Scottish army, some 20,000 strong, were led by Sir Alexander Leslie an experienced commander, with a core of equally experienced professional officers. The Scots deployed in the closes of Newburn village on the north bank of the Tyne. The village sits higher than the meadows on the flood-plain on the south bank, and crucially the Church sits higher still. Leslie was quick to sieze the advantage, mounting several light weight 'leather' cannon on the top of Newburn church tower. Other artillery pieces were placed in the undergrowth along the river bank.
On the eve of the battle the English were dug into earthwork defences with 12/8 cannon sited about 100m from the river, close to the two adjacent fords. The English cavalry initially shelterd in a wooded ridge to the rear. But the infantry were cruelly exposed on the flat meadow with only the hastily erected low earthworks to shield them.
At first the Scottish forces could not cross the river due both to the presence of the sconces and the fact that the tide was in. In the early morning the Scots opened fire. The relatively small numbers of English troops deployed in the sconces suffered heavy casualties from the Scottish artillery on the north bank. But the damage from the cannon on the church tower was devastating. As one of the officers later reported: ‘we lay so exposed to their battery, that their great shot was bowled in amongst our men, to their great loss and such confusion as made them quit their works’. The English broke and abandoned the artillery and fled. Now the tide had also gone out the Scottish cavalry were able to cross the fords and engaged with the English horse, already disadvantaged by the cannon fire, which was now turned upon them. They too were soon driven back, fleeing to the south with the rest of the army. On the rising ground some of the English infantry were rallied to make a stand, for now they were in safer, enclosed ground with good cover. But they failed to effectively exploit this advantage and soon the whole army was routed by the advancing Scottish.

It was the only battle of the Second Bishops’ War, but of great political significance. Two days after the battle the city of Newcastle was surrendered to the Scots. Charles was obliged to recall Parliament, which refused to fund his war against the Scots, but further parliamentary demands led ultimately to the Civil War. 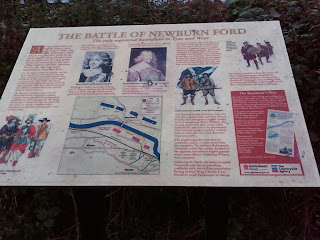 The battle of Newburn Ford information board which is situated down by the bridge on the english side of the river Tyne. Best is to park in Newburn and walk across the bridge. 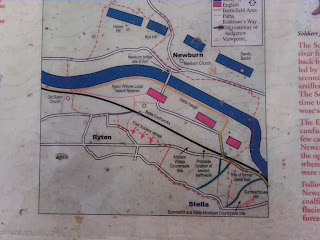 Map of the Battle taken from the information board. 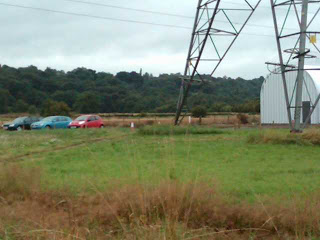 Possible area of the English guns, left of Newburn Bridge looking back towards Ryton near the battle information board. 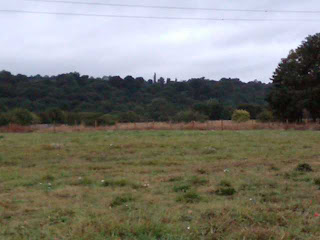 Ryton Willows from the English Centre looking back towards Ryton. 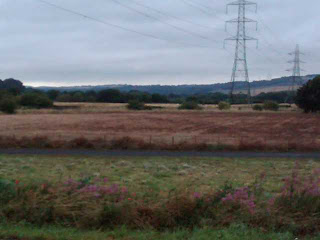 Ryton Willows area to the centre left of the English positions roughly the area where the Scottish crossed the Tyne. 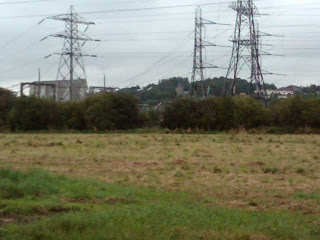 Another photo of Ryton Haugh right of the English positons 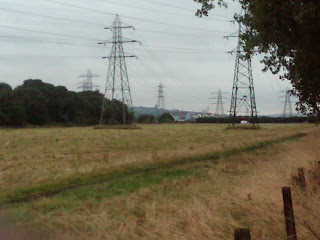 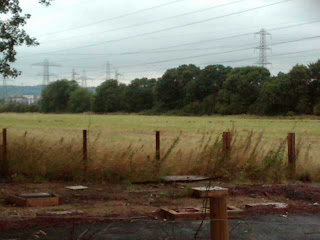 Photo of Ryton Haugh floodplain left of Newburn Bridge where much of the fighting occured. 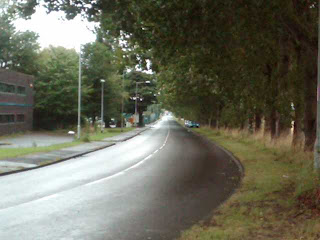 Looking along the road through Ryton Haugh, where much of the landscape is heavily developed 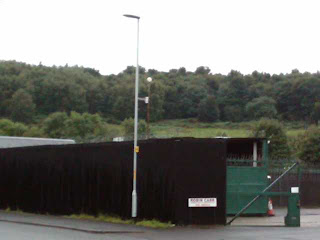 The wooded area behind the factory complex is the area the English troops fled up after the battle towards Ryton. Back in 1640 this raised area wasnt wooded and composed of ancient enclosures and maybe earthworks constructed before the battle. 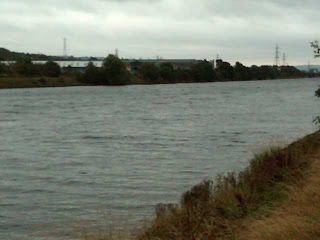 Looking down stream of the Tyne towards the site of the second ford that the Scots used to cross. the Tyne has had its course altered over time and also became deeper than it was in 1640. 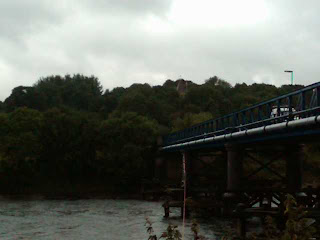 Newburn Bridge possible site of one of the fords that the Scottish used to cross the Tyne. The photo was taken from the English side of the river roughly close to the English positions. In the back ground of the photo you can just make out the top of the Church where the Scottish had artillery pieces positioned. 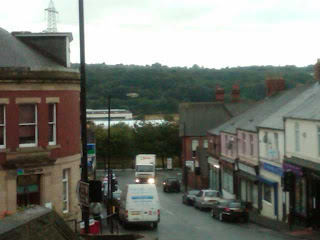 Photo taken from newburn Village war memorial which is roughly where the Scottish positions where prior to the battle. The photo shows the elavated heights the Scottish had with views onto the English positions which can be just made out on the photo ( the industrial units straight ahead and floodplain to the right of the industrial units.) Teh wooded area to the rear is where the English made their escape, but back in 1640 it wasnt wooded.